The issues raised in this week’s presentations and reading are challenging, complex and diverse – the authentic nature of the photographic image, its relationship with other art forms and photography seen through the lens of semiotic theory.

As a landscape photographer, my essential role is a documentary one – i.e. recording the reality of physical features on the earth’s surface. To that extent, to borrow a phrase employed by Roland Barthes (1980, p.76),  there is an existential connection between “the necessarily real thing which has been placed before the lens” and the image itself. However, that cannot be the end of the story. The images I produce are not an unmediated reflection of physical reality since I make a number of choices, both at the time of capture – e.g. choice of lens, use of filters – and in post-processing – e.g. the final crop, adjusting levels/exposure, applying raw software profiles etc. All these choices will result in an image which certainly has a base in actuality – it is a real landscape which I saw and photographed at a particular time on a particular day – but it not as another observer would necessarily have seen it.

An example is the image below of the Nevada desert near Zabriskie Point – through my use of a telephoto lens I have removed the cluttered foreground (cars, mobile homes, people) which would have confronted a person observing the scene and compressed the desert landscape to give it an almost abstract texture:

The same result is apparent in this image of a “vlei” and surrounding dunes in the Namibian desert: 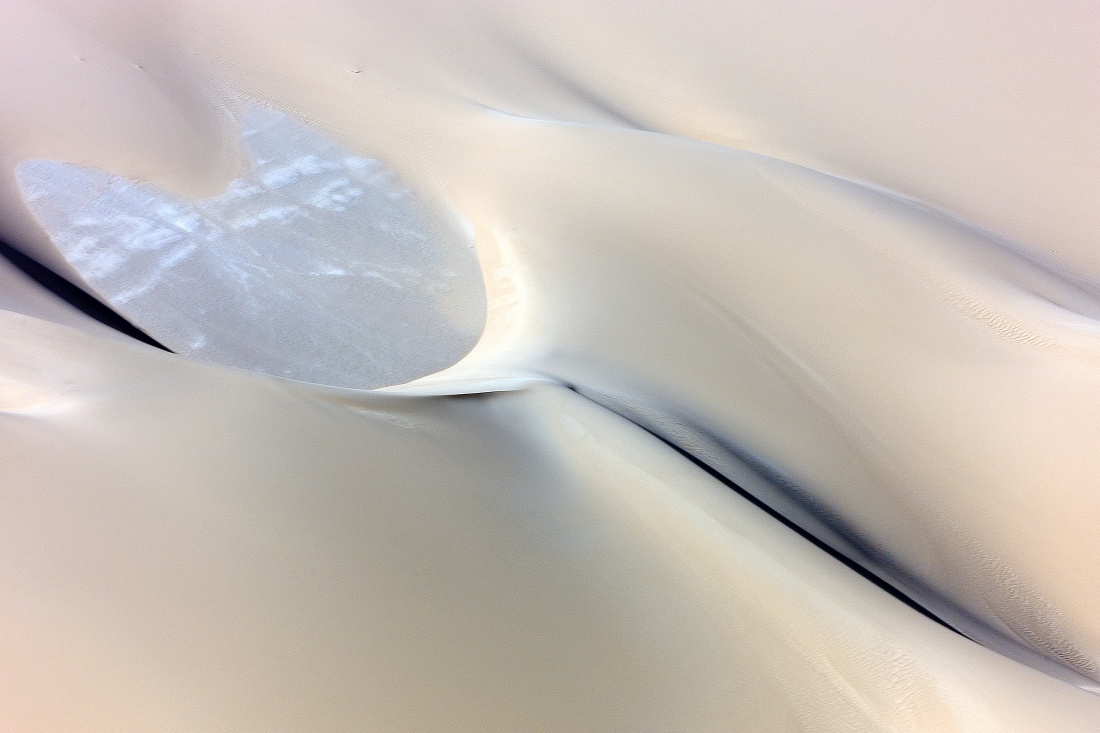 And what of this image of a Sussex beach at sunset where I have distorted reality through intentional movement of the camera to produce a particular artistic effect?

Turning now to semiotics (and, in particular, the concepts of “iconicity”, “indexicality” and “symbolism”), I should like to hazard some remarks with reference to the image below:

The photograph is clearly that of a spade leant against a wall amidst the usual clutter of tool shed or other outbuilding. In terms of iconicity, it is a true image of the object it depicts – in Barthian terms, that is the studium. To the casual observer, the image although perhaps technically correct (in terms of focus, sharpness, composition etc) is of no particular interest or merit. However, the image may be seen in a different light if one considers that it was taken in the context of a photographic exploration of the life and work of the Northern Irish poet, Seamus Heaney and that it depicts the interior od an outhouse on the farm where he was born and spent his early childhood – under this optic, the image acquires an indexical value (at least to one familiar with the poet’s life) in that it points to (or better. illustrates) the environment in which he grew up. One can go further along this path – one of Heaney’s most famous poems is “Digging” where he observes his father’s “straining rump among the flower beds” and listens to the “clean rasping sound” of the spade with which he is turning the soil. Heaney acknowledges that, however much he looks back with admiration on his father’s labour, he is not cut out  for work of such hard physical nature. Unlike his father and grandfather, the poet has “no spade to follow men like them” and he concludes the poem with the famous lines:

“Between my finger and my thumb

Seen in the context I have described above, the combination of locus, subject matter and  association with the poet impart a certain transcendence to an otherwise mundane image: the image thereby acquires a symbolic value and, to admirers of Heaney’s verse, might offer that element of poignancy which Barthes terms the “punctum”.