This week I have concentrated on the design and production of a “dummy” book. By way of preliminary research, I purchased and am reading Jörg Colberg’s “Understanding Photo Books”.

I decided to take as the basis for my project the 42 images of the changing tide as reported earlier in this CRJ (see Surfaces and Strategies – week 4). Because of the sequential nature of the images I felt it would be appropriate to present them in a linear format, i.e. as an extended accordion-fold or concertina. I therefore reprocessed the images adding to each the precise time of capture and printed them on 4 x 6 in. glossy paper, after which I assembled the photographs in strict chronological sequence resulting in a 21 ft continuum which when collapsed is roughly the size of a pack of cards. This enables the reader to view the images in a variety of ways – either by flicking through the individual images or viewing a sequence. I was partly inspired by Ed Ruscha’s celebrated book “Every Building on the Sunset Strip” (1966) which is approximately the same size when extended. Ruscha’s work forms a spatial continuum: the aim of my modest project was to create a temporal continuum, recording the changing state of the tides and the light with the occasional random human or avian intrusion.

Colberg refers (p. 91) to typology: the type of photograph that uses a mechanism “to make the viewer engage with specific objects, all of which are essentially the same, but look different …”. In my sequence, there are a number of images, particularly those captured at low tide, where the viewer will be challenged to detect any difference at all except by paying careful attention to wave patterns and the pools of standing water at the bottom of the beach.

The project is not yet completed:I need to devise a method of  “bookending” the sequence in order to enable ease of handling; a short introductory text will also be added. The images below show the project in its current state. The provisional title is “42 states of the tide”. 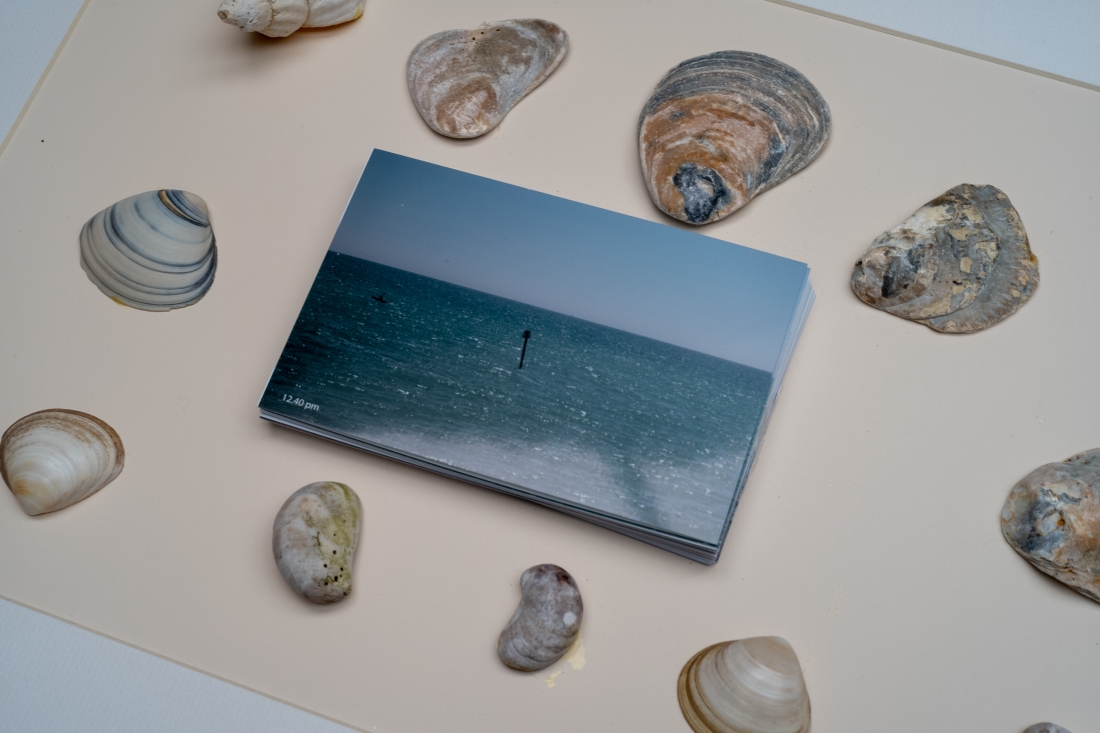